A downloadable game for Windows

Jazon and the Dead is a style-rich, blood-splashed, top-down, action-adventure game that mixes brain-twisting puzzles with an engaging narrative, dark humor and a hip 80's vibe. The game's stark comic book visuals set this game apart from others in the genre.

Jazon and the Dead is heavily inspired by old horror and B-movies (Night of the Living Dead and Braindead), with visuals influenced by comic book artists such as Mike Mignola, Charlie Adlard and Frank Miller.

As the game starts, Jazon wakes up disoriented in the restroom of a bar and he doesn't remember a thing. As he leaves the bar, he finds a ruined world ruled by zombies and scumbags.

As Jazon travels across the wasteland, he must discover his past to save the future. Along the way he meets Zoey, a wasteland veteran who just wants to forget about her history. Together they visit the oracle in the mountains, who foresees a prophecy leading them on an epic odyssey to save humanity from complete annihilation.

"What if Full Throttle had zombies and was made in Denmark?"

Really loved the art and how the game works! It should DEFINITELY get realeased!!
Also my Let's Play:

Also in my description I put the Game link for Itch.io and for Fig.com Campaign

How are you I did a game play on your game on YouTube. I cant want till this game come's out, you have to send me it when it fully released so I can do a lets play on my channel. Great Game I love it

What's going on everyone, Just uploaded a new video on my channel, Jazon and the Dead come check it out and Subscribe

What a beautiful looking game! I did have some complaints with it though. Covered it on my channel if you want to see the full review:

Make it compatible with 32bits, i cant play :(

I love the dialogues and voice overs! The point & click adventure style puzzles mixed with a bit of shooting is a pretty cool concept.

There's a few oddities present in the demo:

1. The player can interact with objects through walls (e.g., the emergency hammer box).

2. When you open the door with the keycard, Zoey rushes in, closes the door behind her and blocks it by pushing her back against the door, with it slamming violently every few seconds... Except the zombies didn't follow her and nothing is bumping the door.

3. In the lab room, killing zombies on top of or near where you need to drop their bodies makes it impossible to pick them up & drop immediately, instead the player is required to then walk a few steps away, come back and drop them.

4. After exiting the air vent, the door behind opens and releases a bunch of zombies, if you kill them all and enter the room, you'll see zombies spawn every 5 seconds, walking sideways out of the room while completely ignoring the player.

5. Is there any button to switch weapons? Once I picked up the shotgun, I couldn't find a way to revert to the handgun.

6. Is it possible to reload weapons manually?

7. I'd like to see simple critical hits with the handgun. Like keeping the cursor over (or somewhat near) a zombie's head for at least 1 or 2 seconds, turning the cursor red to indicate a critical shot, dealing 2x damage (thus killing a zombie in only one hit instead of two). It's a completely optional gameplay mechanic but it adds depth and skill to use it.

8. It'd also be nice when main characters and zombies alike walk in blood puddles, toxic goo, or any other form of liquid, if it would leave appropriate footstep marks behind.

This game is AMAZING, I can't wait to play the full game ! I did not notice any bugs or glitches when playing. I enjoyed WRECKING those zombies Bro ! This game is a MUST PLAY

CAN'T WAIT FOR THIS TO COME OUT!! :D
Enjoyed every single second of it and the guns had a very nice "UMPFH" to them! :D Donated 40$ cause this needs to get backed!!

Awesome! Thanks for the pledge :)

The prealpha was very fun although I had definitely hoped to see even just a little bit more of the game from it. Either way I am very excited for this game!

Could you release a mac Alpha??

I mean that I'm interested on playing it on a mac.

Would be cool, but let's see. The final game is coming to mac, but we are not sure about this pre-alpha.

Hello, I could talk a lot what I liked about this preview but I assume you get that a lot since your product is amazing. However, flaws are more important to game developers, right? In my humble opinion, most of the preview was flawless, but these are the things that drew my attention:

1. No sounds in main menu. (not even a flaw since it is pre-alpha)

2. Optimization. I made some stuff on Unity too and the FPS was not great too, so I guess it is the Unity engine itself. But again, it is not a flaw because even a low-tier can run it without a problem. The only thing I am mentioning it is because I am currently using a laptop (not the worst one tho) and I am getting ~20-30 fps when there is a lot going on, yet some top-tier games like Overwatch runs 60+ fps. Yet again, this is not even a flaw just worth mentioning.

3. When I was shooting the pistol the raycast from the gun was way off the zombie (the cursor was right on him) but the bullets still hit them. Thought that it is worth mentioning too.

Some of my thoughts may not even make sense and I am sorry for that, but feedback is feedback, right?

I really hope seeing this game released ASAP. Thanks for creating it!

Thank you for your feedback. It's great. I will just comment quickly on the points.

1. Yeah, we neglected that since we are on a very low budget.

2. This could be a lot better, we didn't spend that much time on optimization and a big one is the AI system we use for the zombies. It's something we want to look into :)

3. We did the game from a controllers perspective, and when you aim with a controller it feels right. However we discovered this bug when we created the mouse and keyboard controls but we didn't have time to fix it.

Thank you for the comment. If you havn't seen it we are running a crowdfunding campaign, and we really need all the support we can get. So if you are interested in the game we will have a lot of cool updates if you pledge: www.fig.co/jazon

I couldn't shoot. Got the gun, aimed with the right stick, pressed Right Trigger, nothing happens.

Sorry to hear that. What OS and type of controller did you use? :)

As weird as it sounds, it was related to the fact that I had two controllers connected and it worked aiming with one and shooting with the other.

This is a really cool and unique top down shooter. The comic art style is cool, the sound design and voice acting is funny, and the story is a nice take on the zombie apocalypse. I love the 80's themed comic art style this game has. Almost like a mix between the graphics of Borderlands and a strange anime style with the long bodies and odd shapes. I don't exactly know where the demo picks up in the story but I rather enjoyed the little bit your presented with. For only a Pre-Alpha this was well done and played good and I can't wait to see how the story and world develop. I did a video on my experience with the demo if anyone is interested.

COME AT ME ZOMBRAIN | Jazon and the Dead [Pre-Alpha Demo]

it was fun, love the art style and the dialogue between the two characters =3

Yes it is indeed a good game, if anyone is curious to see gameplay of what it could be like I will attach the video here, I can only imagine what the story will be like but I love a good story built into a game.

Thank you means a lot :) 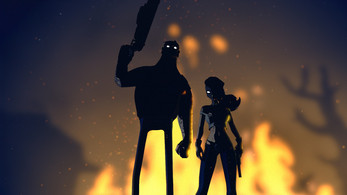 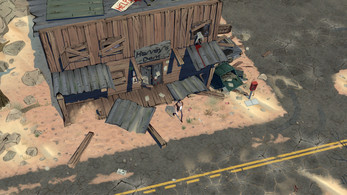 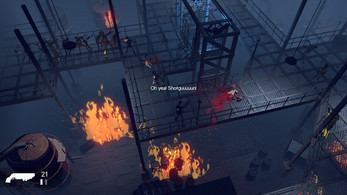 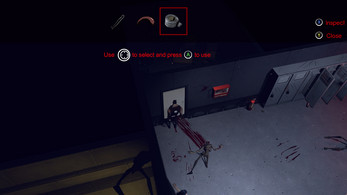 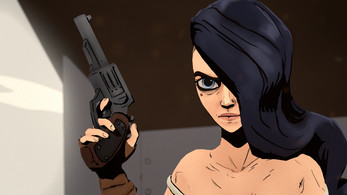